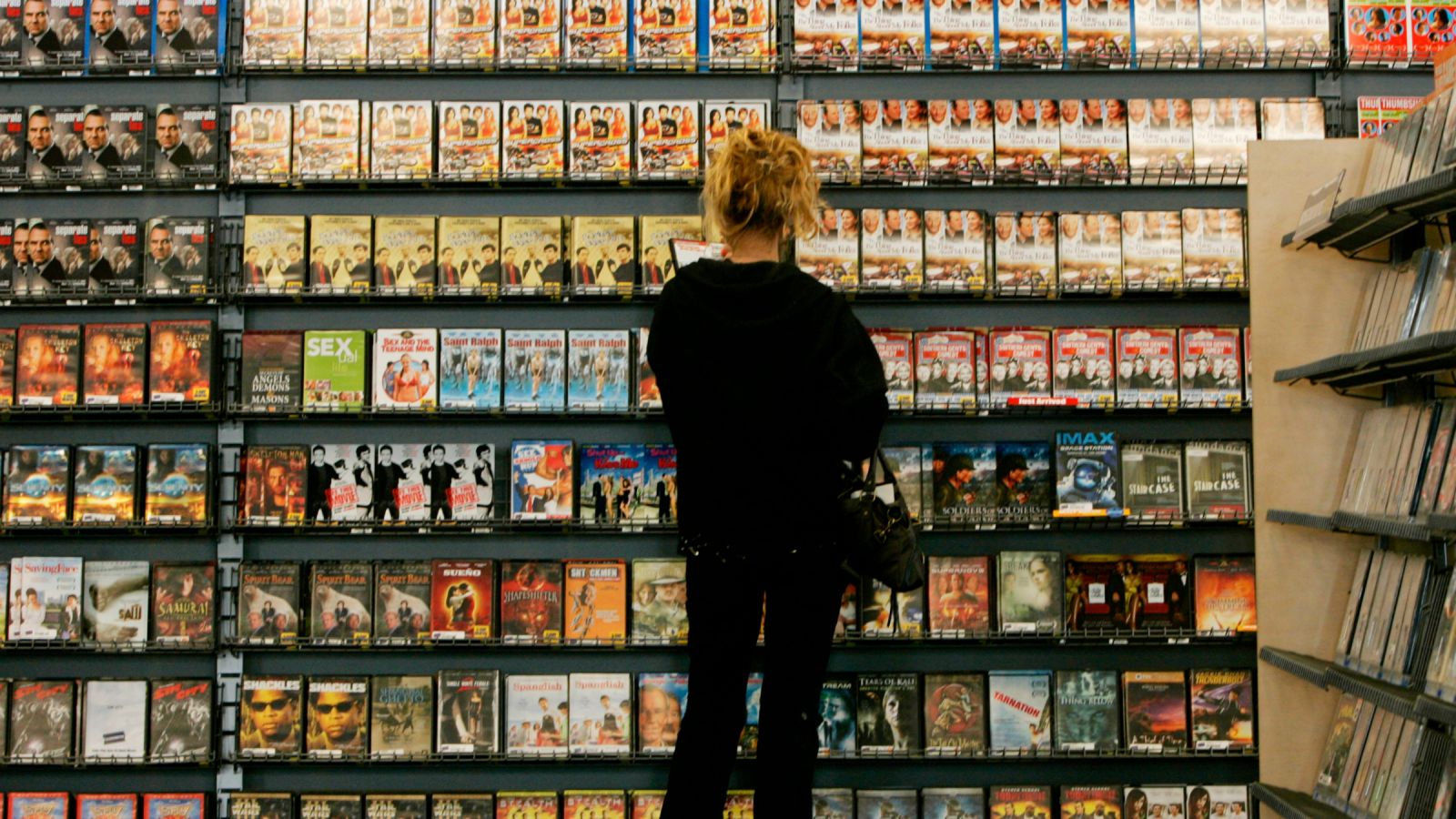 Sometimes you just know your coworker is lying to you. But have you ever had a coworker tell you THIS many (thought-to-be) crazy lies??

“A few years back I worked at Blockbuster. About a year into it we got a girl named…Lucy (fake name). Lucy had to easily be 300 pounds. She would share information about her life with us repeatedly and always stuck to it. Here are her tales:

She used to be in the military doing black ops and was transported by submarine (this is before she lost the weight).

On the ‘black ops’ job, she got shot because the marines protecting her didn’t do their job.

She would show us her scars from where she got shot (stomach) all the time at work by lifting her shirt. They looked like she got her appendix removed.

Because of this, she no longer could burp without dying, so she couldn’t drink carbonation of any sort.

She claims to only have 5% body fat because she bikes around all the time.

Once she ate at Carrabbas and got food poisoning. In the lawsuit, she settled for an all you can eat for life card to the restaurant. However, she never uses it and lost it because “Why would I eat there? I got food poisoning!”

She missed work one day because she was hiking and her eyes starting bugging out of her head so she got life-flighted to the hospital. We called and she wasn’t there.

She has her PhD in Philosophy.

She came to Utah because the First Presidency of the LDS Church (Mormons) came to her and personally asked her to come teach as a visiting professor at BYU.

She left us once to go back for Chicago for a few weeks. She had to go back to get brain surgery to remove a tumor. When she got back, there were no markings/scars or shaved head because they used microscopic tools.

While in Chicago for her brain surgery, she was going to fight the Gracie Brothers.

I know there are a lot more, but these are all I can remember for now. If I think of more I will update.

At Blockbuster, we can only look at the inventory of our own store. To find out if another store carries a movie, we have to call them. My first time working with Lucy, she asked me why I didn’t just look up why another store had a title rather than calling them. I explained and she told me that you could look it up. However, since I didn’t know about it, she said it was something I probably wasn’t supposed to know about and wouldn’t tell me how to do it. I ended up calling every neighboring store to talk to managers to see if any of them know how to look up other store’s inventories. I soon learned to not believe anything Lucy says.

She claimed she had a ‘black’ credit card with no limit that she never had to pay back. I think it was from her military days (perk for all black ops soldiers).

She would openly insult most customers. It got to the point where I would take customers outside when they tried to complain about her. I would tell the customers to file a formal complaint so we can fire this girl. Then I would go inside and tell Lucy that I had smoothed things over and to try to be nicer next time.

She stuck to her stories very well. As mentioned, she claimed she got shot because the marines didn’t do their job protecting her. At our store, we have quite a few military guys come in…specifically marines. She would always insult them and get pissed at them for them being to blame for her wounds. Many near-scuffles took place.

One such customer (the one that would insult her in Arabic) did a background check and could find no record of her even having attended boot camp.

To clarify for her burping, she actually could burp. However, she couldn’t burp herself which is why carbination was so deadly to her. It would cause a massive buildup so her burps would destroy her (or something like that). She told us that she would have her roommates burp her like a baby regularly.

I would bike to work (year-round in Utah. I am hardcore) and my bike seat broke. Lucy claimed to be a master with bikes and could get free parts (5% body fat from extensive biking…and eating). This was before I knew how full of it she was. She took my seat post and seat home with her. Many months later she was leaving us for SLC (see below) and I still didn’t have my bike stuff, nor was it fixed. I was scared to go to her house so I waited until a coworker was giving her a ride home and called him and had him get it back for me. He said it was awkward.

I stated this as a reply to a comment, but just thought I would put a happy ending on it (I know there are way more stories but it has been a while). After being with us for far too long, we finally got rid of her. This happened because she was moving to Salt Lake City to live in assisted housing (her words, so who knows?). She transferred to a Blockbuster up there because it is almost impossible to get fired from Blockbuster. We neglected to tell the SLC Blockbuster how crazy she was because we didn’t want them backing out and us still getting stuck with her.”

We want to help you avoid this guy’s experience. Don’t be stuck working with #CrazyCoworkers, check out our links above for premium background and employee screening packages!! It’s worth it.

As always, we’d love to hear your comments or your own personal experiences with #CrazyCoworkers!! Share in the comments below!