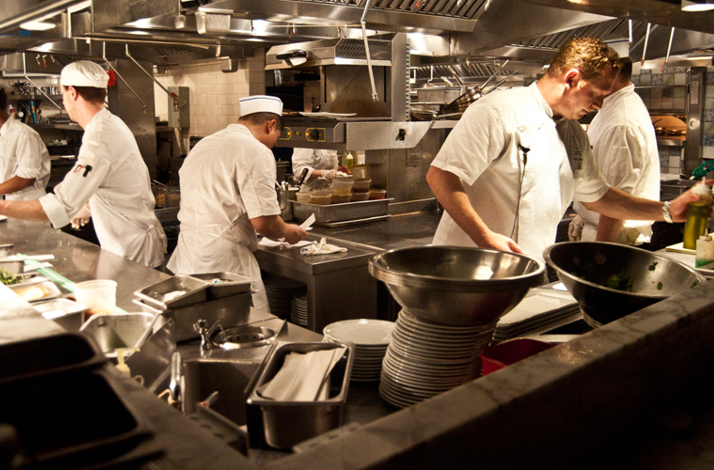 Posted at 12:46h in Uncategorized by Nick Proctor 0 Comments
0 Likes

Everyone loves the idea of a fancy restaurant. Elegant lighting, soft music, gourmet food… what’s not to like? There’s only one minor drawback: we don’t always see what is going on behind-the-scenes at our favorite restaurants. According to many who are more familiar with the industry, there is actually far more happening in the kitchen than you may want to know.

As it turns out, in the competitive and fast paced world of gourmet cooking, drug use is widespread and prevalent. When asked how many kitchens he thought had employees who regularly used drugs, former chef and award winning food writer Jason Sheehan admitted “ninety-five percent, easy.” He elaborates on several experiences in an article and describes chefs not only using marijuana, but also abusing more hardcore drugs like heroin and crystal meth while on the job. Sheehan cites the adventurous nature of chefs and a stressful work environment as possible reasons for this widespread drug use, but this is hardly an excuse.

Sheehan is not the only one to notice this trend. Celebrity chef Anthony Bourdain and others like French culinary expert Marc Thuet are more than willing to share experiences of how they and others used while on the job. Thuet elaborates, “I didn’t sleep a lot. I par­tied a lot. But, at the same time, I worked a lot. If I got a neg­a­tive reac­tion, I didn’t care.” Thankfully, Thuet eventually turned his act around and later starred in a television series called Conviction Kitchen where he helped ex-cons learn the ins-and-outs of the cooking industry.

So for those looking to get involved in the restaurant business, you may want to consider some strong pre employment screening and regular employee drug tests. These services, especially employee drug tests, are easily administered and ensure that you maintain a drug free workplace. And for the average person looking for a nice night out, be careful. You never know what might actually be getting fried in the kitchen.