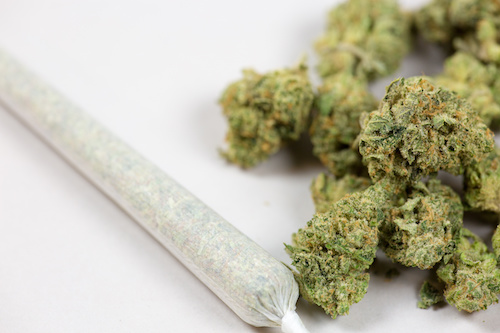 Posted at 15:50h in Drug Testing, In the News by Morgan Allred 0 Comments
0 Likes

For decades 4/20 has been code for marijuana as well as the unofficial “weed day” of celebration. But where did this term first come from?

There have been lots of myths and rumors that have circulated across the years. So, depending on who you ask and their current state of mind, you’re likely to get a wide variety of answers…

We looked into all of these rumors and found what most consider to be the REAL origin story. But first, let’s get some of the other rumors and myths out of the way.

Another claim is that it stemmed from Bob Dylan’s song “Rainy Day Women #12 & 35” with the lyric, “Everybody must get stoned.” If you multiply 12 by 35 (from the song’s title), you get 420. While it’s crazy that somebody actually put that together and it works, it does seem like a bit of a stretch.

Some circles say they celebrate 4/20 because the date corresponds with the numerical code for marijuana. Others have no real idea and have just “gone with the flow” or have different ideas entirely ranging from “It’s the number of active chemicals in marijuana” to “doesn’t it have something to do with Hitler’s birthday?”

As far as most people are concerned, the real story behind the origin of 420 began in the early 1970s with a group of high schoolers in Marin County, California.

High Times editor Steve Hager flew out to speak with the alleged founders of the term, examine evidence, interview others in their town, and determined that as far as he can tell this story checks out. Now that he backs their story, he’s even flown one of the deemed creators to the Cannabis Cup in Amsterdam.

The origin story began with a group of five high school students who were known as “the Waldos”. They gained the name because they liked to hang out near a wall at their high school (San Rafael) outside of class. These high schoolers inherited a map that allegedly led to a crop of abandoned cannabis plants near the Point Reyes Peninsula Coast Guard station. Determined to find this free bud they made a plan to meet at 4:20 after school next to the Louis Pasteur statue nearby (ironically the scientist who pioneered pasteurization).

One of the Waldos, Steve, who spoke with the High Times and preferred to have this full identity remain hidden described their outings to Hager.

“We’d meet at 4:20 and get in my old ’66 Chevy Impala and, of course, we’d smoke… all the way out to Pt. Reyes and smoke the entire time we were out there. We did it week after week,” says Steve. “We never actually found the patch.

But they did coin a new word that would be used for decades to come.

The Waldos started using 420 as a key word for anything pot related so that teachers or parents around them wouldn’t know what they were talking about. The term really picked up traction when Marin County became the central spot for counter culture and the Grateful Dead moved there.

The Waldos had connections with the Dead–one of their fathers helped them with real estate and another had a brother who was tight with the bass guitarist. This gave the Waldos full access to Dead parties and rehearsals. 420 quickly became adopted by the Dead underground there and continued to spread.

The Grateful Dead went on to tour the globe and play hundreds of shows, spreading the slang term as they went. 420 continued to gain popularity as different newspapers started publishing articles revolving around the code word, until today where we the term is widespread and celebrated across the globe on 4/20.