#CrazyCoworker Stories That Will Make You Grateful For Your Job 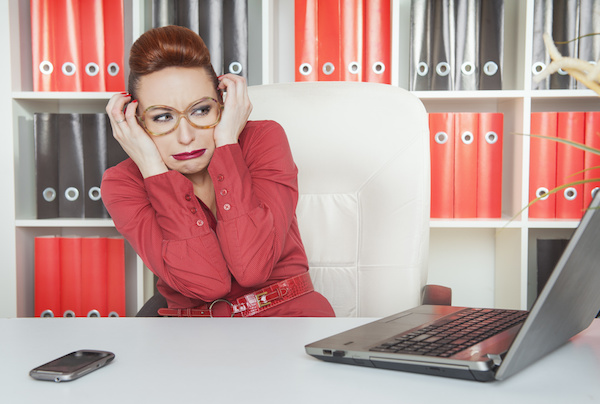 Everyone has to deal with the occasional #CrazyCoworker… but some coworkers get a little more crazy than others. Luckily, employment screening can help you avoid some of these nightmares, but while we’re grateful these stories aren’t happening at our office, they sure are fun to read…

I share an office space with a woman who’s been working in our firm for 35 years now. Underneath her desk she has a banker’s box half-filled—at least 10 kilos—with colorful rocks.

One day, I asked her about the rocks. She said, “Oh every time someone reeeaaaally pisses me off, they get a rock put in my box so I can remember it.”
“You mean…. all of those rocks represent somebody?”

She rummaged in the box for a second and pulled one out. “This is for the time [the department secretary] didn’t invite me to her Christmas party, even though I gave her a present.”

I picked one out at random. “So… who is this for?”
“That’s for [our old boss, retired circa 2003]. I told her not to hire that [racial slur] for accounting and she got pregnant six months later. She should have listened to me.”

I stared. “So… do I have any rocks?”
She just glowered at me for a second and then turned back to her newspaper.

We were working for a telecom company and were part of a team that specialized in a specific type of product, so there were only 7 of us crammed into a small room in the back.

There was this one guy on the team that would say weird, sexist quotes from the Bible frequently. He also told us how he refused to let his wife work… even though we only made about $12/hr at the time. But up until this point the craziest thing he had done was take off on June 6, 2006 (666) to hide in his bunker.

Then one day he was served a protective order against his wife and daughter along with divorce papers all in the same day… that is when the true craziness began.

He started spending all day talking on the phone to lawyers and family members. He would either quote even darker Bible verses and wish his soon to be ex-wife was dead or complain about not getting sex anymore. He started saying that God “takes care” of [promiscuous women] like his ex-wife (ominous) and just doing things in general that would kind of freak us out.

Well, this all came to a head over striped socks. It was a typical morning and he was on the phone [complaining] to someone when a girl came in wearing striped socks. We kinda laughed about it and were joking around with her when suddenly this guy SLAMS his phone down and yells, “OH GREAT, BECAUSE YOU ALL WERE LAUGHING IN THE BACKGROUND THE JUDGE DENIED MY VISITATION WITH MY DAUGHTER!!!!”

Another lady in our office replied with the comment, “Jeez Jeff, don’t go postal.”

To which he replied, in the flattest, coldest tone I’ve ever heard in real life, “Oh I won’t go postal. God will kill you all…. [along with some more graphic descriptions  of their death we didn’t feel comfortable sharing here]”

But if that story doesn’t make you grateful that you don’t work with ‘Postal Jeff’, then you might need to consider a job change. Or at least propose a new employment screening system to your boss.

When I was sixteen, I worked at Wendy’s. One day I went in to find out that I was training a new employee. As I’m training her, she starts filing me in on her situation. She was a recovering crack addict who had just been released from jail for theft and was living in a halfway house. She was also forty hears old and kept hitting on me and telling me how cute I was, etc. (again 16 years old). So I thought I would have to get a new job (to avoid her). But two days later, addiction won out and she ran out the door with a hundred bucks. The funny thing was, had it just been the money, she would have just been fired. But because she ran out with the work walkie-talkie, she ended up being charged with a felony.

We’re feeling a little more grateful for our own jobs right about now. But if you feel you can relate, please share any stories you have of your own crazy co-workers/employees for us to share as a part of our #CrazyWorkers thread! Leave the story in the comments below or email us at msmith@totalreporting.com.