Drug Impaired Drivers On Our Roads 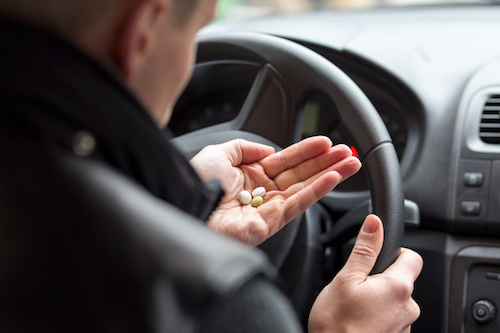 Posted at 10:55h in Drug Testing, In the News by Morgan Allred 0 Comments
0 Likes

We’re all aware of the huge danger and problem that drunk driving can cause. Don’t do it. Always have a designated driver. Call an Uber if necessary, etc.

However, many people are unaware of another serious danger that is out on the roads as well: drug-impaired driving.

Unlike drunk driving, limited research is available about drug-impaired driving. But it is something that companies, law enforcement, and the National Highway Traffic Safety Administration (NHTSA) are working on improving.

The NHTSA has been gathering and publishing research about the impact of drug-impaired driving over the past couple of years. The most recent findings have shown:
-Approximately 12.8 million Americans ages 16 and older self-reported that they drove under the influence of drugs in 2017 -Around 20% of surveyed drivers test positive for potentially impairing drugs -Weekend evenings from 10 PM until midnight and 1 to 3 AM have shown to have a higher percentage of drug-impaired drivers on the road -The number of drivers who tested positive for marijuana increased 48% from 2007 to 2014

Changes in marijuana’s legalization coupled with a gap in education have led some individuals to underestimate or not fully understand the serious danger that driving while high can pose.

It is so important that we continue to emphasize the importance of not driving high. Data has shown that driving after ingesting or smoking marijuana does interfere with psychomotor function and a driver’s ability to multitask.

A report from the Governors Highway Safety Association concluded that “the best overall estimate of marijuana’s effect on crash risk in general is an increase of 25-35%”. And the Rocky Mountain High Intensity Drug Trafficking Area report found that since marijuana was legalized in Colorado, marijuana-related traffic deaths have increased by 151% along with general state-wide traffic deaths increasing by 35%.

When the Colorado Department of Transportation then conducted their own survey of 11,000 individuals, they found that 69% admitted to driving high at least once during the past year.

Law enforcement officers are continuing to be educated to better recognize and understand the signs of drugged driving. In the meantime, it is imperative that we help keep our roads safe.

If you are an employer and want to ensure that your employed drivers are maintaining a drug-free driving environment, please contact our drug testing department at drugtesting@totalreporting.com.