Uber Under Fire After Fatal Accident 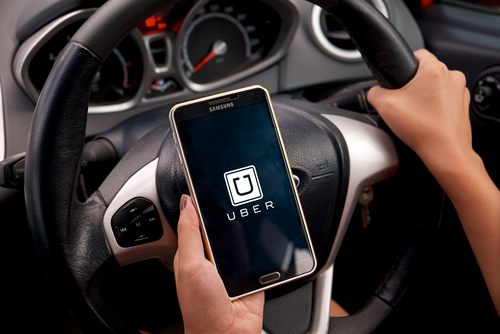 Posted at 10:54h in Background Screening, In the News by Morgan Allred 0 Comments
0 Likes

Last week in Tempe, Arizona, 49-year-old Elaine Herzberg was hit and killed by a self-driving Uber vehicle. She was crossing the road around 10:00 pm on Sunday (March 18th) when she was struck by the car which was reported to be traveling around 40 mph.

The car, while still in auto-pilot at the time of the accident, did have an operator sitting behind the wheel, 44-year-old Rafaela Vasquez.

Lots of speculation and bad press has rained down on Uber since the accident as it was discovered that Vasquez had served almost four years in prison in the early 2000s due to an attempted armed robbery conviction and unsworn falsification.

While the felony conviction does not have a direct correlation to the crash, it has brought Uber’s hiring policies to light and they are currently under active investigation.

This isn’t the first time.

Uber has different regulations and laws across the globe and been involved in over 173 lawsuits since November 2015. Many of them due to safety disputes. Their screening provider Checkr has been sued over bad background checks recently as well which has not helped Uber’s situation.

Uber’s hiring policy boasts to help offer convicts a second chance. (Something we strongly support!) But the safety of users and adhering to regulations are also extremely important.

Just a few months ago, the ride-hailing company was under fire for a similar felony problem. The Colorado Public Utilities Commission fined them $8.9 million for hiring 57 drivers with previous felony convictions.

The company blamed the problem on a error in its background check process, but acknowledged that some drivers had been approved that shouldn’t have been allowed on its service.

As a ride-sharing company, one of app’s users’ main concerns is feeling safe while participating in their services. And employment screening is a huge part of this security.

How Do I Keep Myself And/Or My Company Safe?

Many screening providers rely on automated procedures alone to handle their screening processes, leaving their clients exposed to a multitude of safety and legal risks.

To help avoid finding yourself or your company in a sticky situation like Uber is in currently, it’s so important to have a quality screening provider who will run more than just an automated background check.

We know it isn’t easy to keep up with so many different rules and regulations. They are ever-changing and differ from state to state. We understand Uber and Checkr’s frustrations; it isn’t easy work!!

More than seventy-nine percent of employers lose negligent hiring cases and employers are out $81 billion for drug abuse costs every year.

So what should your screening provider be doing?

Another way in which we ensure accuracy is by having a full-time compliance manger who is always checking and updating regulations on our end. Because these regulations are constantly changing, it’s crucial to have someone who is consistently checking for updates.

We’re passionate about quality employment screening because it not only saves you money, time and a serious headache—it also keeps you and everyone around you safe.