Who is responsible for the Wells Fargo scam? 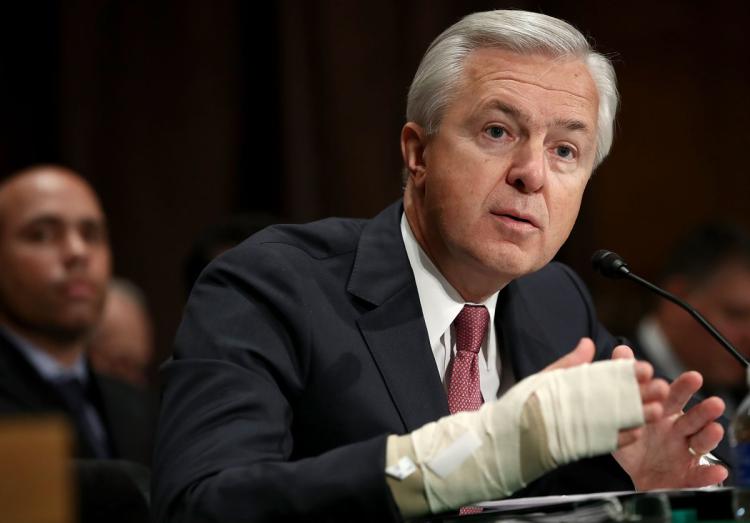 Who is responsible for the Wells Fargo scam?- 27 Sep

Posted at 10:10h in Uncategorized by Morgan Allred 0 Comments
0 Likes

Wells Fargo CEO John Stumpf’s involvement in the recent Wells Fargo scam was called into question last week before the Senate. Sen. Elizabeth Warren had some especially harsh words to say towards Stumpf, who she said has made millions of dollars off the scam. “You should resign… and you should be criminally investigated.”

Was Stumpf a part of orchestrating this huge scandal? Or did the employees act alone? You can judge for yourself.

Over two million fake bank accounts were created by Wells Fargo employees stretching over the past five years. Many believe that these accounts were created to raise Wells’s sales numbers, boost their stocks and help employee’s reach their high sales quotas. 5,300 employees were recently let go that were known to be involved in the scandal and Wells is paying back $185 million dollars in debts for the crime.

Last week, Sen. Warren brought to light the fact that Stumpf had made more than $200 million in gains during the time of the scam.

She believes that because of the extremely high sales quotas employees were required to meet that Stumpf “squeezed [his] employees to the breaking point so that they would cheat customers and [he] could drive up the value of [his] stock and put hundreds of millions of dollars in his own pocket.”

Sen. Patrick Toomey also jumped in voicing his opinion towards Stumpf, “You state unequivocally that there are no orchestrated effort or scheme, as some have called it, by the company. But when thousands of people conduct the same kind of fraudulent activity, it’s a stretch to believe that every one of them independently conjured up this idea of how they would commit this fraud.”

The L.A. Times argued that there is no model of corporate management in which Stumpf can’t be considered responsible for what Sen. Warren labeled “staggering fraud”. Either those under him reported about the fraud, in which case his knowledge of this would make him complicit or he didn’t know which would show his inability to lead his own company. Either way, many believe he should be thrown out of the company as a result of this fraud.

Stumpf argues that the scam was the work of lower level employees misinterpreting their orders. He protested that “there was no incentive to do bad things”.

His defenders agree and say that firing him would be nothing more than a symbolic effect. Stumpf stated that only 1% of his employees were doing it wrong so it “in no way reflects [the company’s] culture”.

And while Stumpf does not admit to orchestrating the scandal or being the puppeteer behind it, he does apologize and recognize his fault in the whole event.

“I am deeply sorry that we failed to fulfill our responsibility to our customers, to our team members and to the American public,” Stumpf said in prepared remarks. “I accept full responsibility for all unethical sales practices in our retail banking business. I am fully committed to doing everything possible to fix this issue, strengthen our culture and take the necessary actions to restore our customers’ trust.”

Wells Fargo announced that they will be getting rid of their sales goals all together starting January first.

Whether John Stumpf was aware of these fraudulent accounts or the Wells Fargo employees were acting alone, this scandal certainly calls into light the integrity of their employees. Why were so many okay with committing this kind of fraudulent activity?

Knowing the integrity of the people who will be working for you and representing your company name is vital to the success and growth of your business. Background checks are one solid option in helping ensure that you have the right people working for you.

Detecting fraud now takes longer, having grown from an average 2.9 years detection to now 3.4 years. Get as much of a head start as you can by knowing if your employees have a history with fraud. Fraud is rarely a one-time offense. A study by KPMG shows that 96% of fraudsters will repeat their offense.