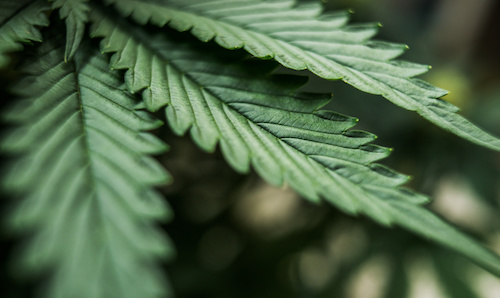 Posted at 12:27h in Drug Testing, In the News by Morgan Allred 0 Comments
0 Likes

Working in the drug testing industry, we get a lot of the same questions concerning different drugs, rules, regulations, and screening policies. Quest Diagnostics, one of our laboratory and clinic partners, recently published some answers to their frequently asked questions about marijuana. We often receive similar questions, so we wanted to share some of these answers with you.

Q: What is marijuana? A: Marijuana is the product of the hemp plant, Cannabis sativa, containing the psychoactive chemical delta-9-tetrahydrocannabinol (THC) and other related compounds. Popular names or bslang for the drug include weed, pot, or cannabis.

Q: How do people use marijuana? A: Marijuana is typically smoked using rolled paper cigarettes (joints), pipes, water pipes (bongs), and vaporizers. However, the drug is also mixed into edibles and drinks and extracted into oils and waxes.

Q: How does marijuana affect users? A: Marijuana use impacts the human body both physically and mentally. The “high” from the drug can include distorted senses, impaired judgment, lack of balance and coordination, increased appetite, elevated heart rate, and sometimes anxiety and panic.

Q: How many people use marijuana? A: Below is the most current data estimating marijuana use. -The National Survey on Drug Use and Health (NSDUH) reports more than 26 million Americans aged 12 or older, or 9.6% of the total population, were current users of marijuana in 2017. -The World Drug Report 2019 estimates that there were 188 million global cannabis users in 2017. -Marijuana comprised the most common substance use disorder, impacting an estimated 4.1 million Americans in 2017, according to the NSDUH.

Q: Can an employer drug test for marijuana? A: Yes. There are currently no restrictions (other than New York City which is expected to implement restrictions beginning in May 2020) limiting an employer’s ability to drug test for marijuana, although there may be limitations on permissible disciplinary action that an employer may take if an employee is using marijuana in accordance with that state’s marijuana laws. In general, state medical and recreational use statutes impact only a very small number of employees in most workplaces. Today, more than 97.6% of all non-regulated drug tests include marijuana in their panel (according to Quest Diagnostics).

Q: What is the marijuana positivity rate for workplace drug tests? A: The latest Quest Diagnostics Drug Testing Index ™ reported that marijuana continues to top the list of the most commonly detected illicit substances across all workforce categories (general U.S. workforce; federally mandated, safety-sensitive workforce; and the combined U.S. workforce, which includes the prior two populations) and all specimen types (urine, oral fluid, and hair).

Q: How is marijuana classified under Federal law? A: Under Federal law, marijuana remains classified as a Schedule I drug under the Controlled Substances Act (CSA) and is illegal for any purpose. Drugs classified under Schedule I are defined as dangerous with a potential for severe psychological or physical dependence and are considered to have a “high potential for abuse” with “no currently accepted medical value.”

Q: How is marijuana classified under state law? A: Despite its status under Federal law, states continue to pass legislation regarding permissible uses of marijuana for both medical and recreational purposes. State marijuana laws are inconsistent and constantly changing. Among other things, these state laws can impact company drug testing policies and procedures, workplace drug testing program administration, and how drug test results are reviewed and handled. As of August 2019: -33 states and Washington, D.C. have medical marijuana laws -11 states and Washington, D.C. with medical marijuana have also passed recreational use laws -14 other states have low THC/high cannabidiol (CBD) laws for medical purposes

Q: How can states continue to pass medical and recreational marijuana legislation if marijuana is illegal under Federal law? A: Even though marijuana is illegal for any purpose under the CSA, the enforcement of the CSA is within the discretion of the federal government. During the Obama administration, federal agencies, including specifically the Department of Justice, de- prioritized marijuana enforcement in states with medical marijuana laws through policy guidance. Congress has also previously passed statutory budget amendments to limit federal agency enforcement initiatives that interfere with state medical marijuana laws.

Q: If an employee tests positive for marijuana/marijuana metabolites on an employment-related drug test, does that mean the employee is ‘impaired?’ A: No, a positive workplace drug test alone does not equate to impairment. While employment policies often prohibit employees from using drugs or being impaired at the worksite or during work hours, there is currently no drug workforce test (excluding alcohol tests measuring blood alcohol concentration) that can inform an employer as to whether an employee is ‘impaired’ based on the concentration (level) of drugs/metabolites present in a donor specimen. Some state laws explicitly address what can and cannot be considered for determining whether an employee is ‘impaired’ by marijuana, but most do not. Proper guidance and training of employees and supervisors to recognize objective, observable behavior and other symptoms related to drug use are critical for making impairment and reasonable suspicion drug testing determinations. -Note: Only a handful of states have defined impairment due to marijuana use as it relates to operating a motor vehicle and those levels in blood vary. Currently, there is no consensus on what the standard of impairment is for marijuana.

Q: What are some important considerations in a company policy for marijuana? A: It is imperative that employers maintain clearly written, and consistently applied, workplace drug testing policies that comply with all applicable laws. Drafting and implementing a written workplace drug testing policy should be undertaken only after consultation with an attorney knowledgeable of the applicable laws.

Q: Is all marijuana the same? A: No. Marijuana has various strains and hybrids, with varying THC levels (i.e. potency). It is grown under varying conditions and is sold in nonstandard amounts at marijuana dispensaries. According to the National Institute on Drug Abuse (NIDA), today’s THC concentrations in marijuana average close to 15% compared to approximately 4% in the marijuana of the 1980s.

Q: Is medical marijuana safe? A: While the Food and Drug Administration (FDA) has approved several synthetic THC and CBD drugs for use in chemo-induced nausea and epilepsy treatments. Marijuana remains illegal at the Federal level and the FDA has not approved it as a safe and effective drug.

Q: What is the standard dose of marijuana used medicinally? A: There are no standard safety or efficacy requirements for medical marijuana because the “U.S. Food and Drug Administration has not approved a marketing application for marijuana for any indication.” In those states with medical marijuana statutes, physicians or other authorized providers may provide a “recommendation” of medical marijuana use, but may not legally “prescribe” marijuana. Synthetic THC (e.g., dronabinol capsule) can be prescribed and is dispensed based on recommended dosing guidelines and the physician’s judgment.

Q: Can someone taking cannabidiol (CBD) test positive on a drug test? A: Maybe. In laboratory testing, CBD itself would not be confused with THC or its metabolites that laboratories typically test for in a workforce drug test. If the CBD product contains THC at a sufficiently high concentration, it is possible, depending on usage patterns, that the use of these products could cause a positive drug test result for marijuana and/or its metabolites. For example, in two states, CBD may contain up to 5% THC. It is important to remember that for federally-mandated drug tests, the use of CBD or “medical marijuana” would not be considered an alternative medical explanation for a positive drug test result.

Q: Can secondhand marijuana smoke render a positive drug test? A: There are no published, peer-reviewed studies to date that indicate, even with today’s increased concentrations of THC in marijuana, that someone would test positive due to ‘passive’ or ‘incidental’ exposure at events such as parties or concerts.” The National Institute on Drug Abuse (NIDA) concurs, reporting that it unlikely that secondhand marijuana smoke could give someone a contact high after examining research that measured factors such as drug potency, hours of exposure, and room ventilation.